Tutorial #1: Getting Started With Focus Stacking

To get started with focus stacking, you’ll need four things:

Notice that it’s a short list. Some people who do focus stacking use fancy cameras, expensive lenses, lighting setups worthy of a portrait studio, and elaborate positioning devices. Maybe you’ll get there too. But you certainly don’t need those things to get started and to make great pictures that you can’t get any other way.

For this first tutorial, let’s start by “playing with matches”. Here’s what we’re going to end up with: 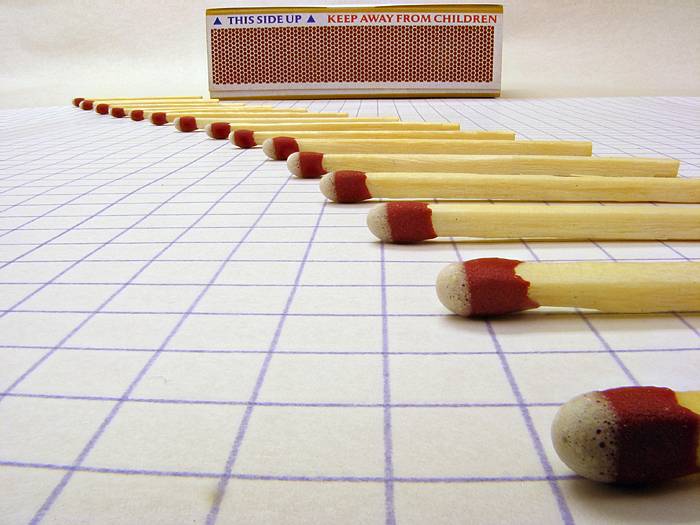 Before focus stacking, this picture would have been very difficult to make. But with Zerene Stacker, it’s easy.

Here’s the setup. This is just a compact digital camera (Canon PowerShot A710) mounted on an ordinary tripod.

Here is what the camera sees, when stopped down for maximum depth-of-field (DOF) and focused on the front and rear of our tabletop scene. It’s obvious that the camera needs some help! 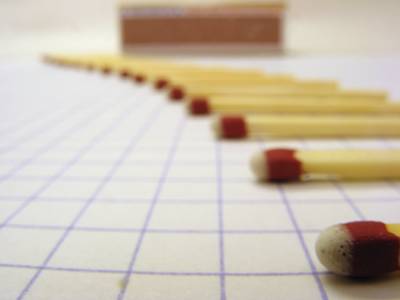 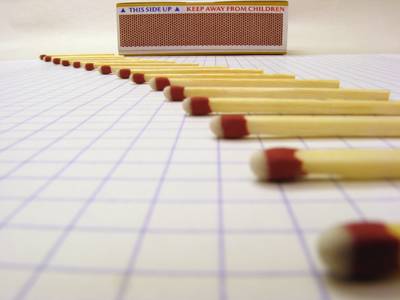 To handle this problem, we simply set the camera on manual focus and shoot a series of pictures changing the focus point from front to back in small steps. On this particular camera, we can see exactly what we’re doing on the camera’s LCD panel. 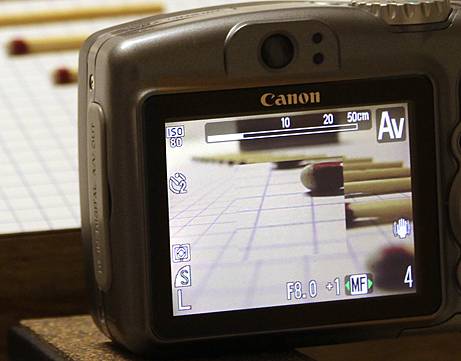 To be sure we get everything in focus in some picture, we make small focus steps. This example has a lot of depth, so we get a lot of pictures — 19 of them, in fact.

After that, it’s easy! We just load the 19 pictures into Zerene Stacker and select Stack > Align & Stack All (PMax). Then we watch as the final image gets assembled. When that’s done, we do a File > Save Output Image and we have the final picture, as shown at the start of this tutorial.

At this point, you’re probably thinking, “That’s pretty simple! But surely there must be more to it than that?”

Well, that depends entirely on how deep you want to go. Entire university theses have been written on small aspects of focus stacking. In this first tutorial we’ve barely scratched the surface of Zerene Stacker’s capabilities. But the small amount that we have covered so far is all you need to get started. For a lot of photos, it’s all that you’ll ever need.

Here is a quick summary of the main points in this first tutorial:

In the next tutorial, we’ll move on to other methods of shooting stacks. Then we’ll talk about how to troubleshoot when things don’t go exactly as you wanted, and later we’ll move into more advanced techniques.